A bipartisan group of senators, led by Sen. Chuck Grassley (R-Iowa), introduced the False Claims Amendments Act of 2021 to beef up the government’s most potent tool to fight fraud. Senator Grassley’s July 26, 2021 press release on this legislation explained:

The False Claims Act has clearly been the best tool to fight fraud against the government and recover lost taxpayer dollars. Tens of billions of dollars have been returned to the federal treasury since my updates of 35 years ago. The legislation we introduced today will help recoup even more money by clarifying confusion after the Escobar case. The Administrative False Claims Act will significantly improve the process for smaller claims. I look forward to pushing for these bills to become law, and continuing my work to protect taxpayers and whistleblowers who shine a light on fraud, waste and abuse. In light of the trillions of dollars that Congress has appropriated recently for COVID relief, these bills are needed, more than ever, to fight the significant amounts of fraud that we are already seeing.

Sen. Patrick Leahy (D-Vt.) had this to say about the pending legislation that he co-sponsored Senator Grassley:

The False Claims Act is an important tool for combatting fraud against the federal government and American taxpayers, in addition to providing incentives for whistleblowers to come forward with knowledge of wrongdoing. In 2016, the Supreme Court weakened this critical tool by making it more difficult for plaintiffs and whistleblowers to succeed in lawsuits against government contractors engaged in fraud. I am proud to join Senator Grassley again in amending the FCA to address the fallout from that decision. Strong FCA enforcement is vital to ensuring that those who defraud the federal government are held accountable. I hope that our bipartisan False Claims Amendments Act of 2021 moves swiftly through the Senate.

Sen. John Kennedy (R-La.), among other, joined with Senator Grassley and said:

The False Claims Act Amendments of 2021 will crack down on those who leech dollars from American taxpayers’ pockets through legal loopholes. It will hold fraudsters accountable when their crimes cause investigations that waste taxpayer money. I am proud to partner with Sen. Grassley on this important legislation.

The False Claims Amendments Act of 2021 (S.2428) clarifies the current law following confusion and misinterpretation of the Supreme Court decision in United Health Services v. United States ex rel. Escobar. These poor decisions, including US ex rel. Harman v. Trinity Industries, Inc., 872 F. 3d 645 (5th Circuit 2017), that reversed George Coe’s trial victory, have made it all too easy for fraudsters to argue that their obvious fraud was not material simply because the government continued payment. The legislation introduced also tries to ensure that anti-retaliation provisions from the False Claims Act apply to post-employment retaliation and makes fraudsters liable for reimbursing the government for costs associated with a burdensome discovery process. The False Claims Amendments Act of 2021 is cosponsored by Sens. Patrick Leahy (D-Vt.), John Kennedy (R-La.), Dick Durbin (D-Ill.), and Roger Wicker (R-Miss.).

The False Claims Act Amendments of 2021 July 2021 draft version of the bill is shown here.

Another group of senators, again led by Senator Grassley, introduced a different law to strengthen the False Claims Act, called Administrative False Claims Act. It updates the law governing smaller, and potentially more frequent, instances of fraud committed against the government. The legislation raises the statutory ceiling on these types of claims from $150,000 to $1 million, expands the number of Justice Department officials who can review these claims and allows the government to recoup costs for investigating and prosecuting these frauds. That bill is cosponsored by Sens. Dick Durbin (D-Ill.) and Maggie Hassan (D-N.H.).

Here is the full text of the July 2021 version of the bill:

Many Republicans and a few Democrats are now trying to weaken Senator Grassley’s proposed amendments. It is unlikely to be passed as he proposed and shown here. I will be writing blogs in the near future to more closely trace the politics going on here and keep track of the revisions. 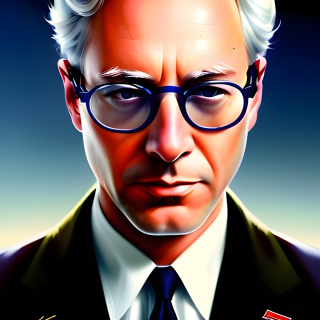 Ralph is a Partner in LOSEY PLLC, (Losey.law). Ralph has over forty years of experience representing companies and individuals in litigation, information technology issues, including deals, contracts and business advice. Most of Ralph's experience has been in civil litigation, including commercial, Qui Tam, intellectual property, employment and insurance. His litigation sub-specialty in these areas has always been fraud, primarily defense oriented, but he also initiated for the plaintiff, on behalf of the United States, several government fraud Qui Tam cases, including one for $2.3 BILLION.